When Tongues Rise Up Against You

17 No weapon that is formed against thee shall prosper; and every tongue that shall rise against thee in judgment thou shalt condemn. This is the heritage of the servants of the Lord, and their righteousness is of me, saith the Lord.

That tells me that the Lord associates demonic weapons with words. That tells me that God is saying, “What the devil uses as weapons are curses and words he speaks against God’s law and God’s plan for your life.”

Let me give you an example. A believer starts to get symptoms in her body. She feels pain, she feels weak, and she starts having negative thoughts that say, “You shall die and not live.” (That’s a weapon the devil launched.)

This sister then goes to some educated man who specializes in guesswork, and he also tells her, “You shall die and not live.”

A woman like this came to one of my meetings in the Midwest. She had to be carried up to the altar by several men. She had a bowel disease that had paralyzed her lower extremities. She couldn’t walk, and she was in excruciating pain.

She told me, and I asked, “What did your doctors say?”

I said to the congregation, “How many of you want to hear heaven’s diagnosis? It is, ‘By His stripes you were healed!’” When I laid hands on her, she shot off like she’d been shot out of a cannon.

I said, “Run!” She started running all over that church — healed instantly by the power of God, for “no weapon formed against you shall prosper.”

The Lord is raising up people who refuse to repeat, broker, carry, or deliver messages He didn’t send. They refuse to carry their own opinions, the devil’s plans, their skeptical friends’ opinions, or anything else that God didn’t send.

They will only carry the Word of the Lord, and they choose to condemn every tongue that rises against them — because their righteousness is of God.

Why can’t the devil condemn them? Because your own words will either justify you or condemn you.

If the devil can’t get your tongue to work for him, he can’t get his “packages” — his destructive weapons, his fiery darts — delivered to you.

After a while, he gets the package back. On it you’ve written, “Cancer—Return to Sender!” You didn’t cooperate.

So when you start to feel a symptom, don’t say, “I’m catching the Hong Kong flu. I’m under the weather. I’m coming down with something.”

It’s ridiculous for someone to say, “I’m coming down with something” when they don’t even know what it is, yet they believe it.

The devil will accommodate them. He’ll say, “Yes, we have any number of things here for you to come down with. Which do you prefer?” He’s like the announcer who comes on television and says, “Do you have hay fever? Would you like to?”

If we would not yield our lips, our tongue, our words, or our thought life to what the devil wants us to speak, we would be justified by what we speak on behalf of God.

That’s why, when a tongue rises against you, you can condemn it. The tongue is not rising against you and telling you an obvious message of contradiction; it’s coming to you in a thought form that says, “You’re sure tired, and your body is acting a little strange. You should have that checked.”

He will come to you and say, “God must not be pleased with where you are; that’s why you’re in the situation you’re in.”

That tongue is not going to come against you in a visible, clearly discernible way. It’s going to be subtle about what it says to you. The only way you can condemn that tongue and resist that weapon is by justifying yourself in the sight of God through what you choose to put in your mouth.

When symptoms come, I say, “By His stripes I was healed.” When the devil comes against me through financial lack, I quote Philippians 4:19: “My God shall supply all of my need according to His riches in glory by Christ Jesus.”

Both sources carry power. The devil’s power is borrowed and stolen. God’s power, through Jesus Christ, was gained in conquest.

When Jesus came into the earth as a man anointed by the Holy Spirit, He defeated the devil. After His crucifixion, He went down into the lower parts of the earth, and He didn’t come up again empty-handed!

The Bible says, “And having spoiled principalities and powers, he made a show of them openly, triumphing over them in it” (Colossians 2:15). He rose again with the keys of death, hell, and the grave, and said, “All power is given unto me in heaven and in earth” (Matthew 28:18).

Power Over the Enemy!

Then He said, “Behold, I give unto you power to tread on serpents and scorpions, and over all the power of the enemy, and nothing shall by any means hurt you” (Luke 10:19).

Let’s go back to the promise in Isaiah 54: “No weapon that is formed against you shall prosper.” Why isn’t it going to hurt you? Because you’re not giving it your tongue.

What if the apostle Paul, right after the snake bit him, had complained, “My God, I survived that shipwreck, but now I’m going to die of snake bite!” How many know he would have dropped dead?

But Paul shook the snake back into the fire. He gave no place to the devil. And that’s the kind of people God is raising up — a people who won’t give the devil a place in their life.

This is an excerpt from
The Hidden Power of Your Words
by Doctor Christian Harfouche. 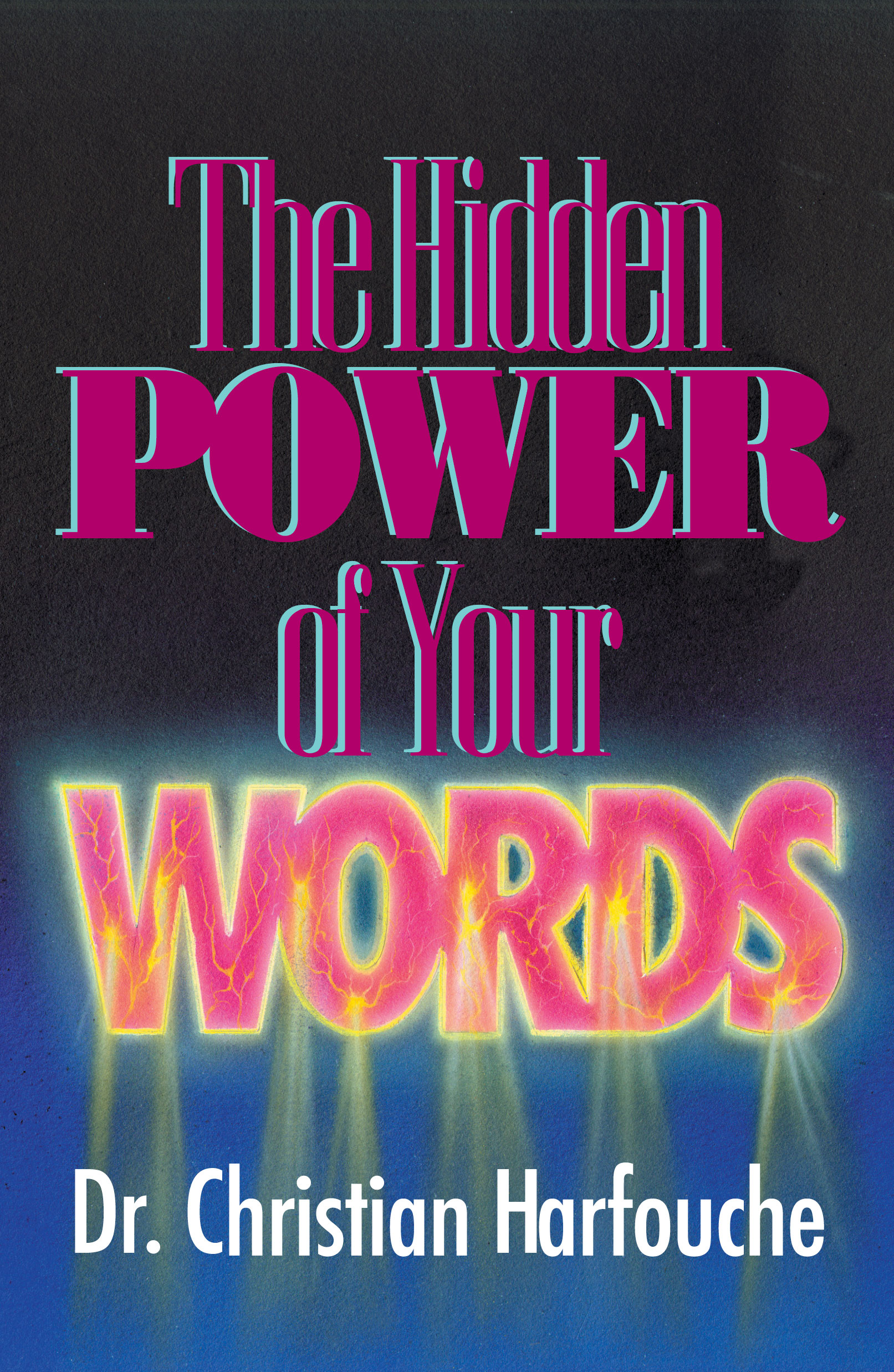